Building a PWA shopping cart for a foodservice supplier

Penn Jersey Paper Co. hired Quarry in 2019 to facilitate the migration of their existing Magento 1 shopping cart, and engineering of the new Magento 2 shopping cart. That project evolved into the development of what may be one of the first headless, React/Magento stack progressive web app shopping carts on the web. 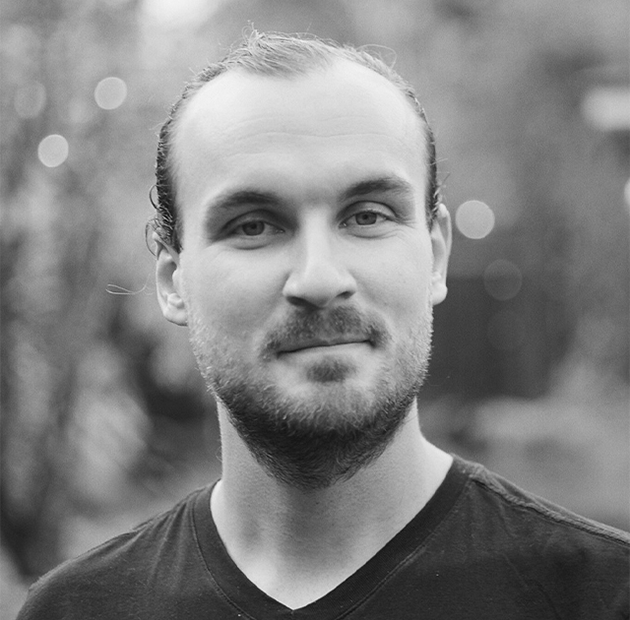 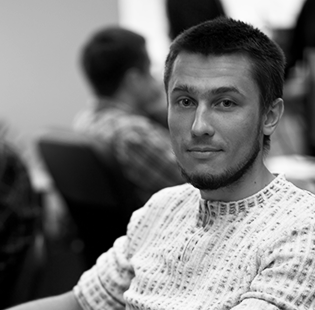 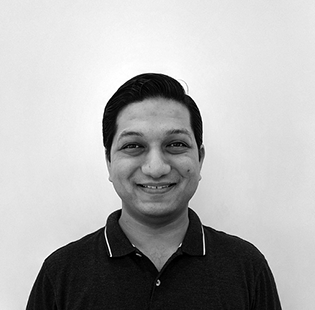 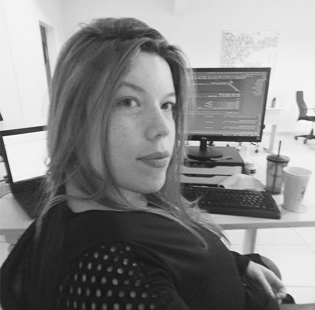 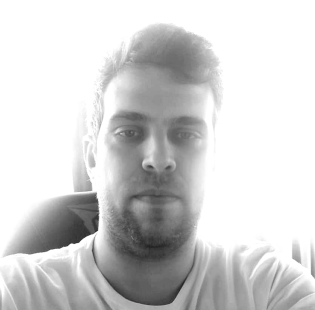 In December of 2018, Penn Jersey Paper Co. reached out to us about migrating their Magento 1 shopping cart to Magento 2. Quarry was thrilled to take on the project as Magento is a mainstay in the wheelhouse, and we were happy to be working with our friends at PJP again.

While the migration would be occurring, the PJP team was also curious about the new “PWA Studio” project that had just been announced by Magento in late November that year.

After performing discovery research on the PWA Studio project and learning that the project was based on a React frontend with a headless connection to Magento using GraphQL, our interest was piqued. We love React around here and the stack sounded very promising.

At the time that we began this project, the Magento PWA Studio package was merely in an exploratory, proof-of-concept phase under active community development. The package included foundational GraphQL endpoints for Magento, an “UPWARD” Express.js server which included a frontend router and a service worker for PWA, as well as a small package of barebones frontend React components. Documentation for all of this was rich, which made our lives much easier, but the overall amount of engineering required to reach a fully functional shopping cart for PJP was steep.

Before writing a single line of code, our first step was to thoroughly digest the documentation that the Magento team had available for the PWA project.

The UIX design for the project was handled internally by the PJP team, with marginal support provided by our design team along the way. The PJP team did a terrific job with the design paying very specific attention to the mobile UIX in favor of the PWA experience. 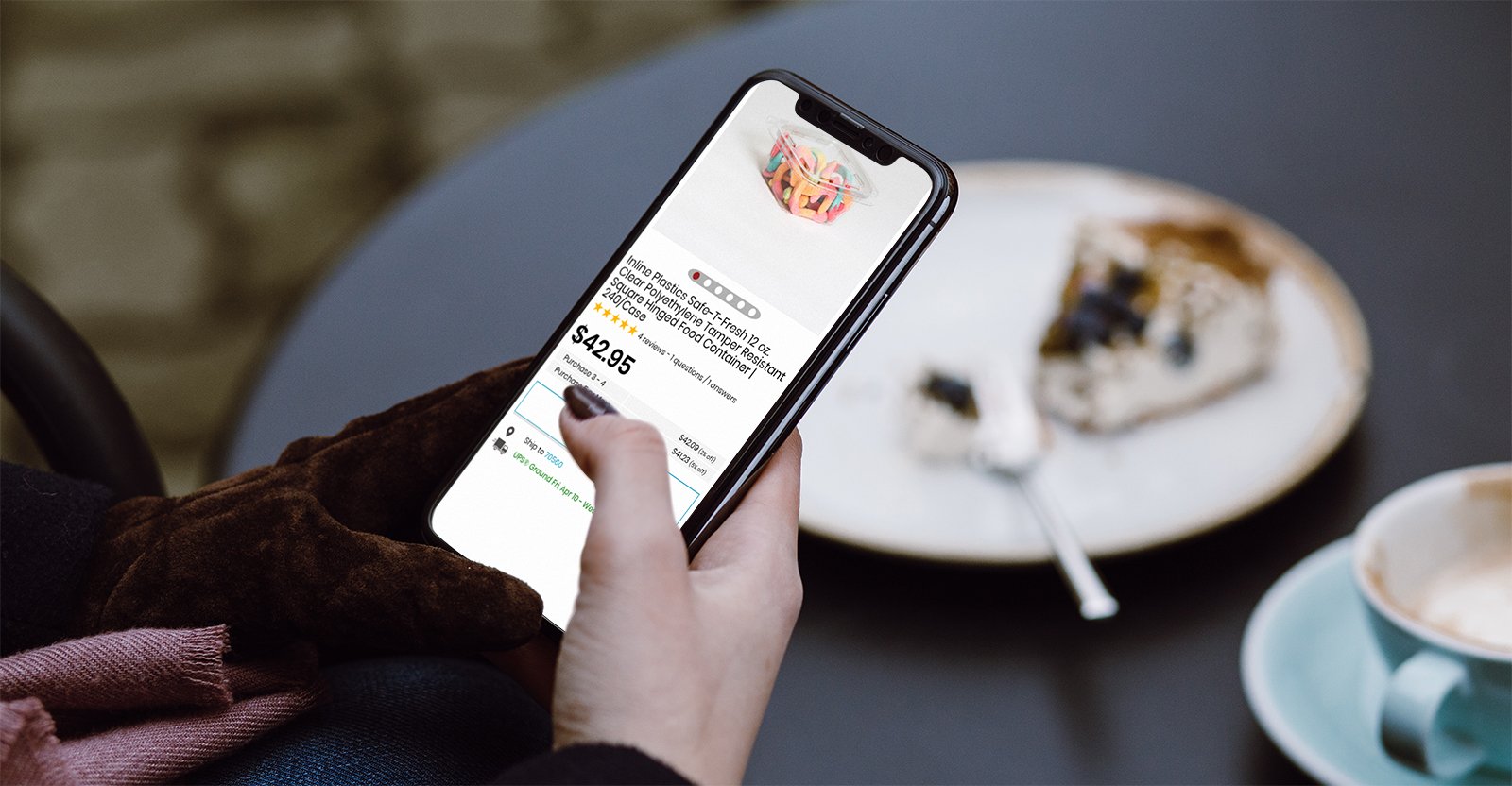 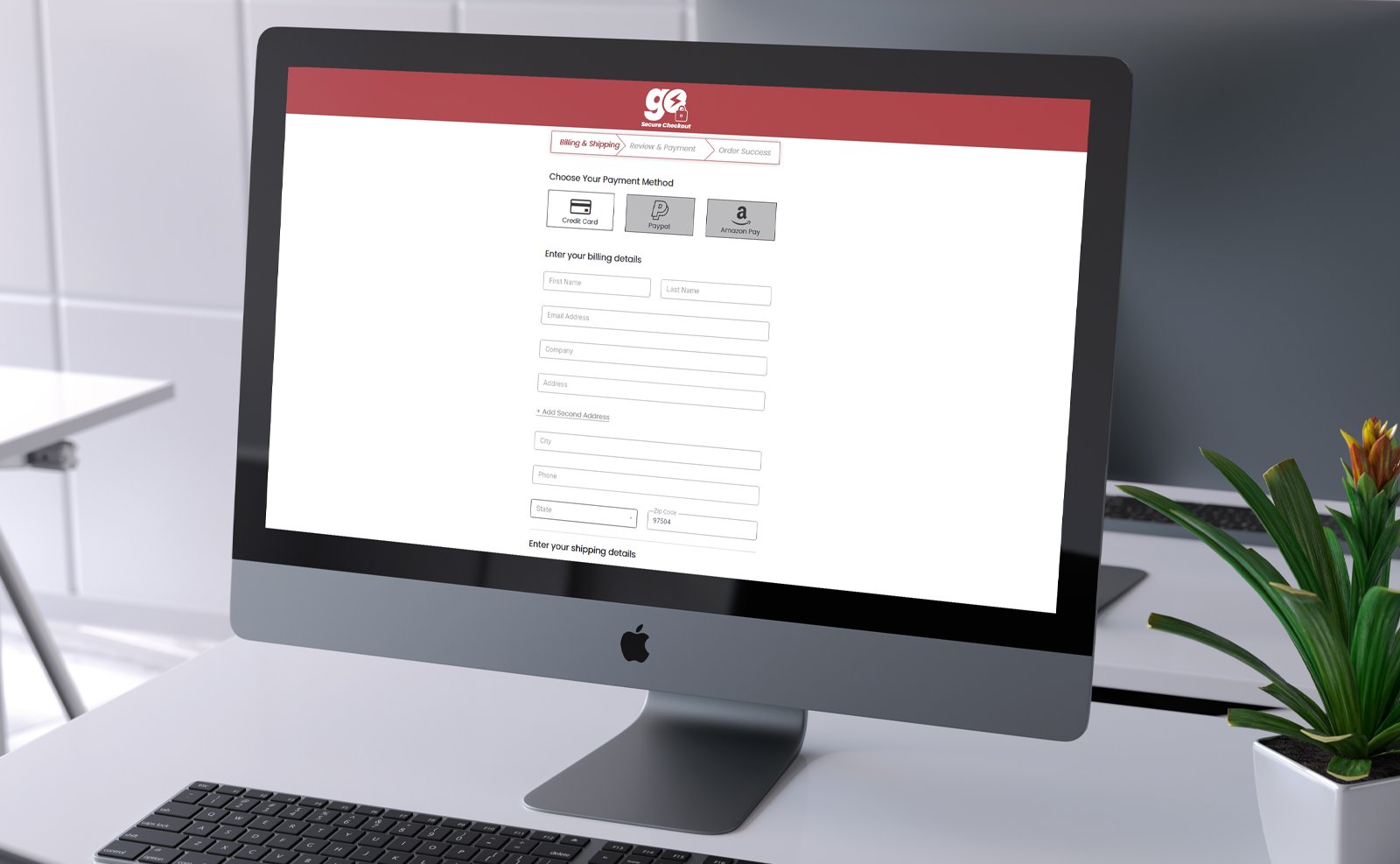 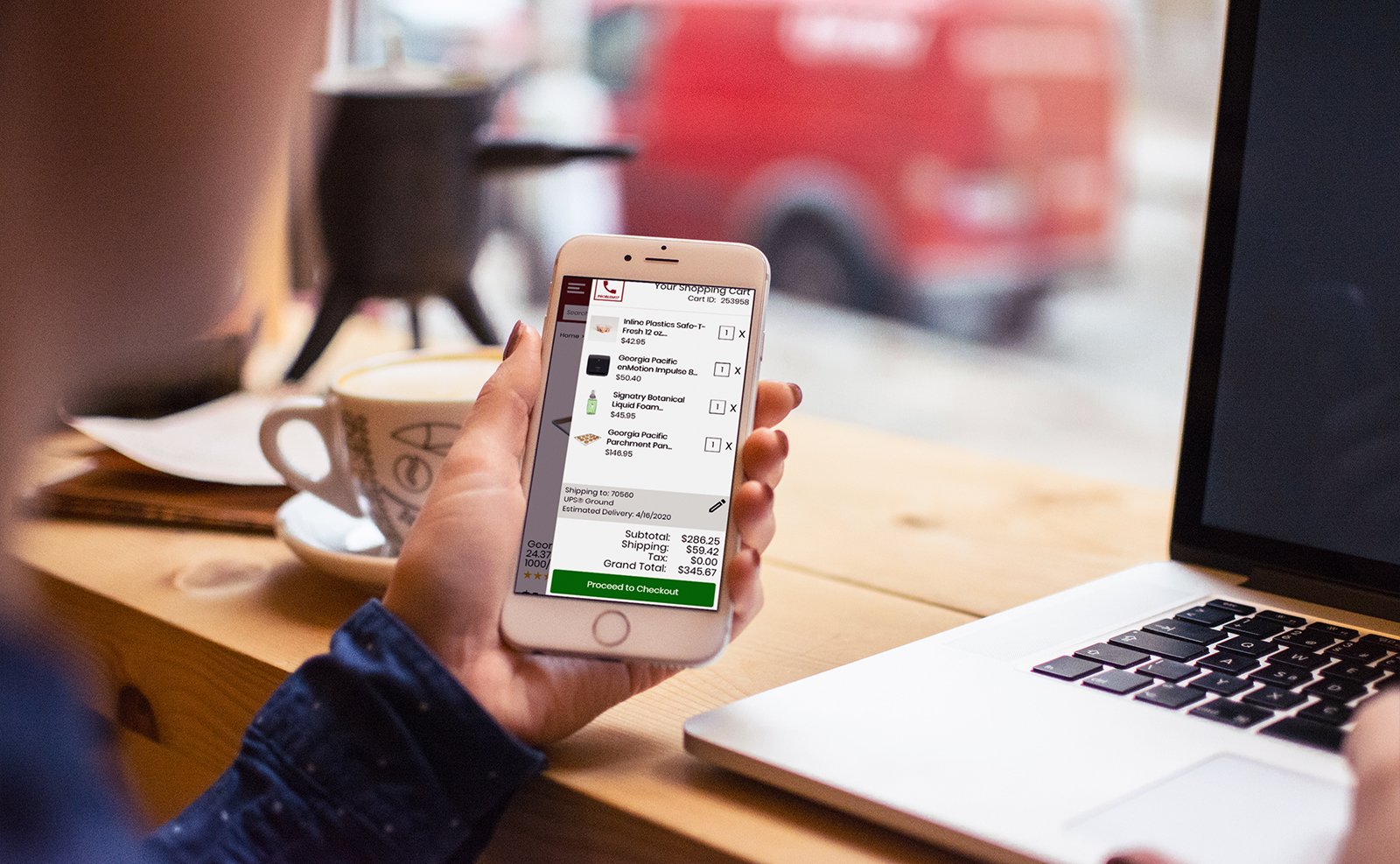 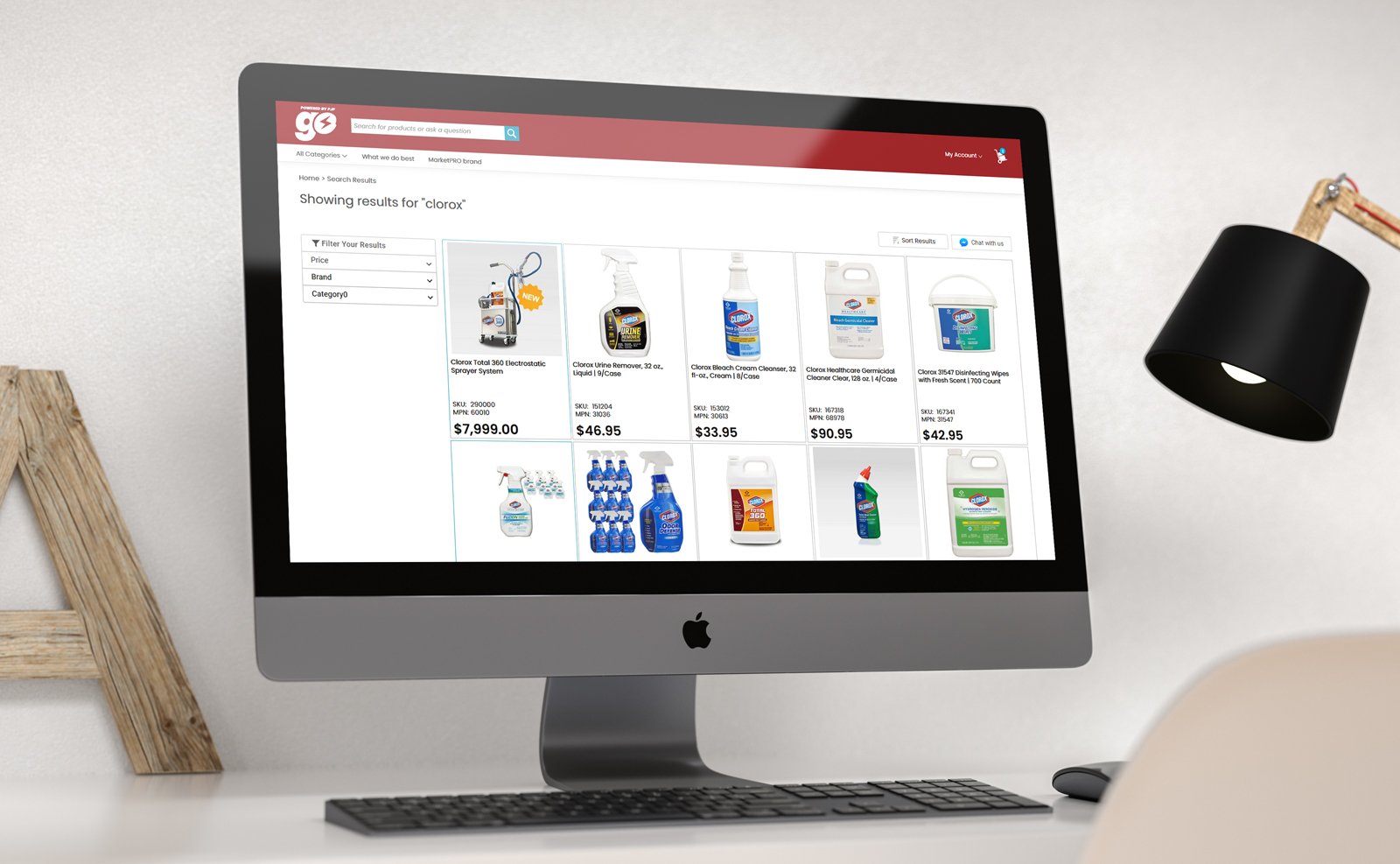 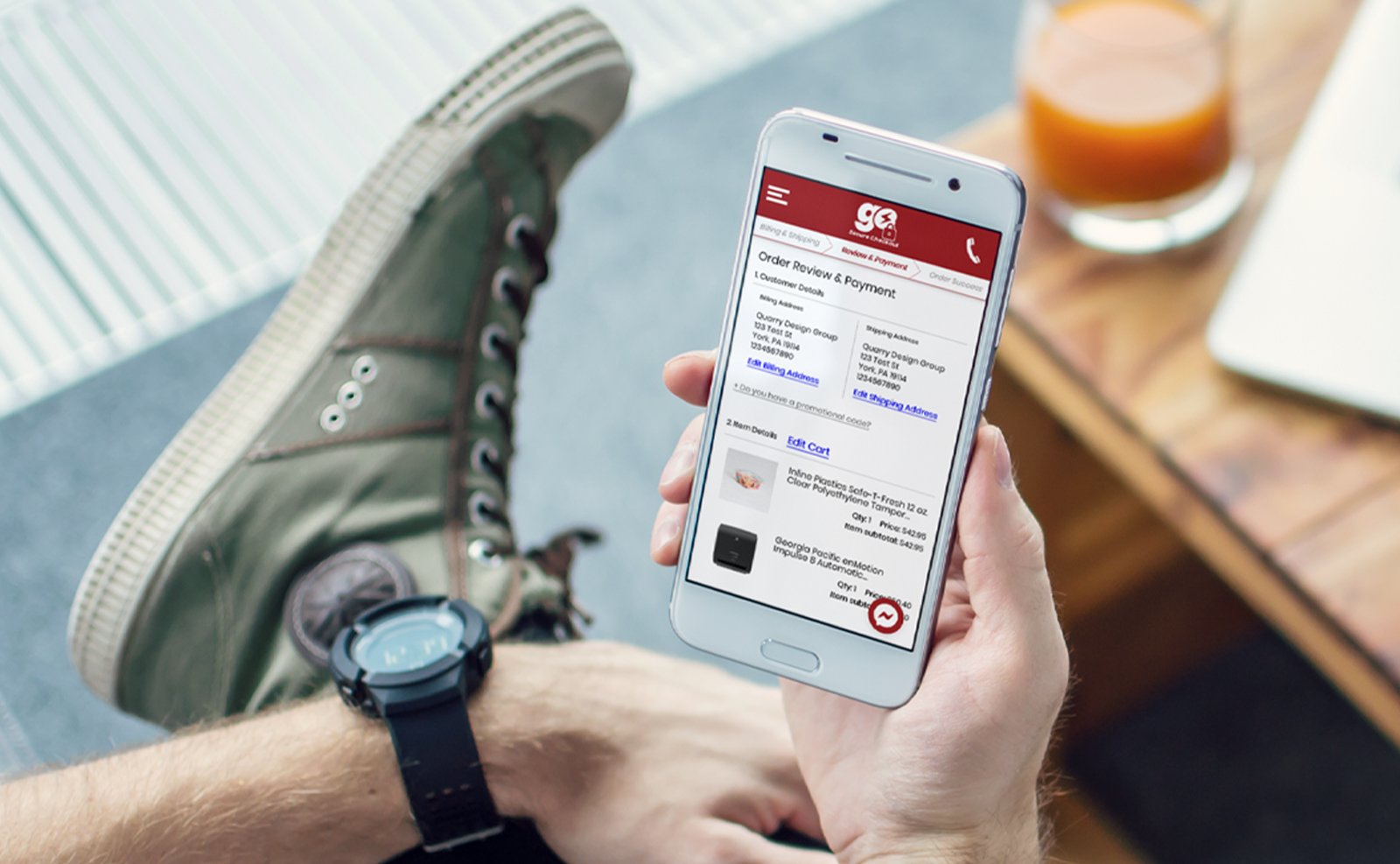 With designs in-hand, we set off on development. We selected the material-ui React library for the frontend UI, as it was a nice match for the designs that the PJP team had created.

During the development process, we needed to integrate several vendor tools that were part of the PJP ecommerce stack. The first of those was Nextopia, which provided site-search and a product recommendations engine. Nextopia had a solid API with decent documentation available which made this process fairly smooth. However, it just so happened that they were transitioning from a legacy version of the API to an updated version as we were integrating. This created a few bumps in the road, but with the help of some technical contacts at Netopia, we were able to work through it.

The next vendor integration was Yotpo, which also had a full API available which made integrating the Yotpo data into React components a breeze.

Lastly, PayPal Payflow Pro for both credit card and PayPal transactions, and Amazon Payments had to be integrated. For both of these, we needed to write new GraphQL APIs that connected to the existing core Magento backend endpoints which then handled communication with the respective transaction processor APIs.

Amazon Payments gave us a few issues which required some assistance from a technical contact at Amazon. We found that the core Magento Amazon Pay module would not accept the Order and Agreement IDs that we were passing to it from the React frontend. After some troubleshooting from the Amazon Pay team, we were able to get these issues resolved and complete the integration.

Finally, not exactly a vendor integration, but the PJP team requested for their corporate blog to be syndicated on the shopping cart site. Since the corporate blog was on WordPress, this was a straightforward process using the WordPress REST API. Whenever a new post is published on the corporate WordPress site, it automatically appears on PJP Go site.

All said and done, the product turned out better than we even expected. React used for a shopping cart results in a buttery-smooth user experience on desktop and mobile devices alike.

The decision to go with PWA resulted in several incredibly valuable features for both the PJP organization and its users.

PJP has not yet completed the roll-out of the new PJP shopping cart. We will update this case with results once data begins coming in.

“At the risk of sounding cheesy, the only thing easier than actually working with the team at Quarry is recommending them to one of my peers. I approached them with a monster of a project – I wanted to push a restaurant supply distributor ahead of the competition with a high-performance, Ecommerce web app built on React. Without hesitation, they accepted the challenge with genuine excitement.

From the beginning, we established an understanding that this build would be breaking new ground for everyone involved. Conceptually, we understood PWA but never actually built one – let alone one complex enough to accommodate the modern habits of both B2C and B2B buyers.

We worked closely with Quarry to design every aspect of the user interface and user experience from the ground up. There were no templates! So, their knowledge and experience were invaluable. They were extremely supportive and sensitive to changes in scope and budget. After all, neither of us really knew what to expect and something like that can be difficult to navigate.

In the end, the relationship is what made this project a success. Everyone had the chops to execute but communication and trust was key. Quarry is a team that I would trust implicitly for projects of any size.”

Quarry is a global, full-stack web product collective that is empassioned about the work that it does. We’ll work together to design your digital product or web experience better than you imagined, and ship it faster than you thought possible.
Say hi